One of my first patrons, I know that sounds pretentious but this lady claimed to actually like what I painted, noticed that several of my works had figures wearing sunglasses. She had photographed her son wearing these oversized shades, he had an odd little build and the sunglasses just made the image look stranger. She had also photographed her boy in a series of snapshots from the backdoor to poolside. So combining a couple of the images and you have twins. And taking a name from Roman mythology’s best loved twin boys, I think it makes an interesting composition. I added the undersea plant life on the left and right sides. 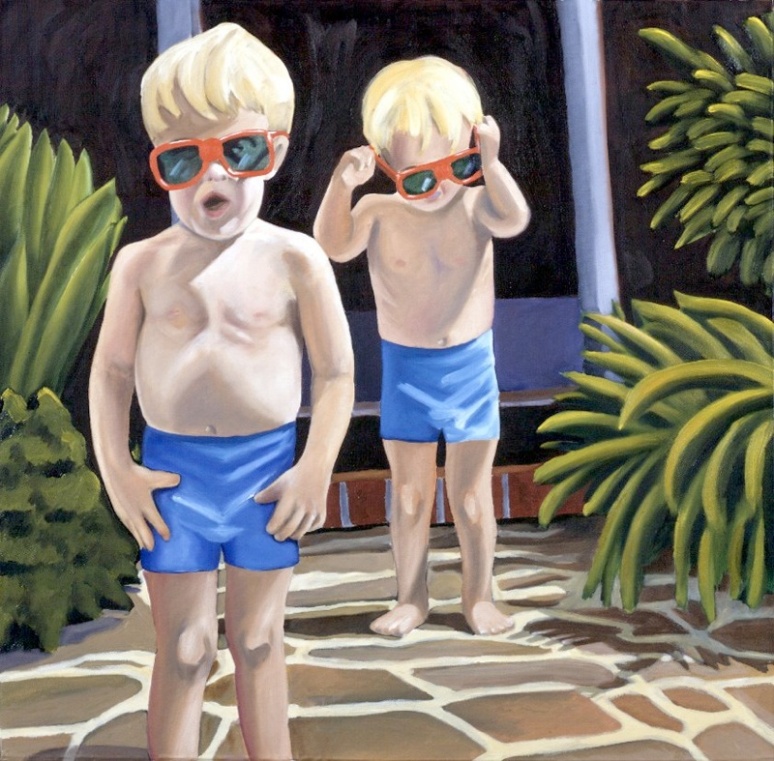